View cart “40x Salvia” has been added to your cart.
Checkout View Cart 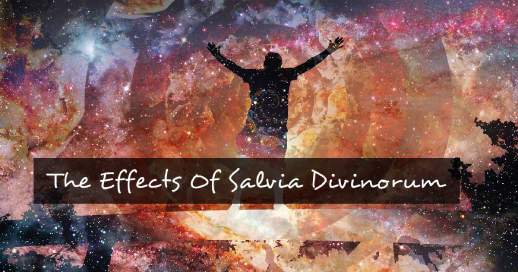 Salvia Divinorum is a plant within the sage species that has psychoactive properties. The Salvia plant consists of between 700 to 1,000 different species which ranges from Salvia Divinorum, Red Sage, Salvia Officinalis, among others. But we will be focusing on Salvia Divinorum (Sage of the diviners) due to its distinctive effects on the human mind and body.

We will like to talk about its origin and background, as this will give us more insight into what the plant is all about. This little leafy plant has its origins from Oaxaca in Mexico. The Mazatec shamans, which are based in central Mexico, would use it during spiritual and divination activities and healing rituals. Salvia has been used by the Mazatecs for over a thousand years in their shamanistic rituals.

For hundreds of years, only the Mazatecs knew the secrets of Salvia, as well as their many shaman practices. To the Mazatecs, using hallucinogenens and psychedelics are part of their shamanic sacred healing rites. As a matter of fact, because of how sacred their rituals are, only a few outsiders have had the privilege to attend these ceremonies.

Researchers, herbalists, health specialists, and consumers are showing interest in this Mexican sacramental herb because of its anti-addictive pain killer properties and help people get off their addiction. References have shown how the herb can help people get off their addiction to alcohol, heroin, opiate, tobacco, nicotine, morphine, and amphetamine. This is based on a study undertaken by University of Kansas Scientists. – Source

Other psychedelics, such as LSD, act on serotonin systems, were as Salvia (salvinorin-A) activates a select group of κ-opioid receptors. Rats that were addicted to psycho-stimulants were given doses of salvinorin-A. and were then observed concuming cocaine much less often than rats addicted to stimulants without the dose of salvinorin-A.

But be aware, because of the effects on the mind and body, some states have banned Salvia Divinorum. It is currently illegal in 29 states in the United States according to www.salvialaws.com.

How to use Salvia?

Salvia can be consumed in a few different ways, either by drinking the extract, chewing, or smoking through a pipe like you are smoking tobacco.

Drinking the extract contains a highly concentrated dose which is supposed to be held in your mouth and absorbed by your tongue then swallowed. The effect is gradual in this process, and the right dosage is recommended. It can burn your mouth and tongue when you keep it for too long, which may cause peeling and pain. It is better to smoke it as the extract can be quite expensive, so you don’t end up wasting it.

Smoking Salvia produces two effects on consumers which includes an out of body experience where you are lost, or a sense of feeling lighter such as being high. Heavy smokers or users of highly potent Salvia have experienced times where they talked to people as if they were foreign objects or even felt as if time has stopped. This is quite an experience!!

Nevertheless, it is recommended that you should begin with small amounts of Salvia until you are sure of the way it affects you. If used in the right amount, salvorin will be a powerful tool for your self-reflection and meditation. The effects can be very quick when you take it, let’s say in less than sixty seconds. After which the effects are only strong for about five to ten minutes before it wears off over the next hour. Some users have tolerance for a high dosage of Salvia, while other users only need a little bit of it to get the desired result.

What are the effects of Salvia?

The effect of Salvia varies from person to person, the kind of mood you are in when you use it, the setting you are in when using Salvia. Some users have claimed that the effects took them on journeys across the galaxies, or meeting with strange people. Also, some feel as though they have encounter with a spirit world. Based on how strong and large the Salvia is, the effects can be anything from mild to a trippy psychedelic experience. Some consumers also have experiences of colorful visual images. After usage, people feel relieved, re-focused, and refreshed. Some also report having slight headaches which are probably due to a result of sinus irritation caused by the smoke, because salvia smoke is undoubtedly not healthy for the lungs.

Just like the Mazatecs shamans, we highly suggest that you have a sober person with you when trying salvia.

Caution should be taken while using Salvia, ensure you are not operating heavy machinery. Salvia is a powerful plant that you should learn more and study about, most especially the way your body reacts to it, so you will know the quantity that works for you.