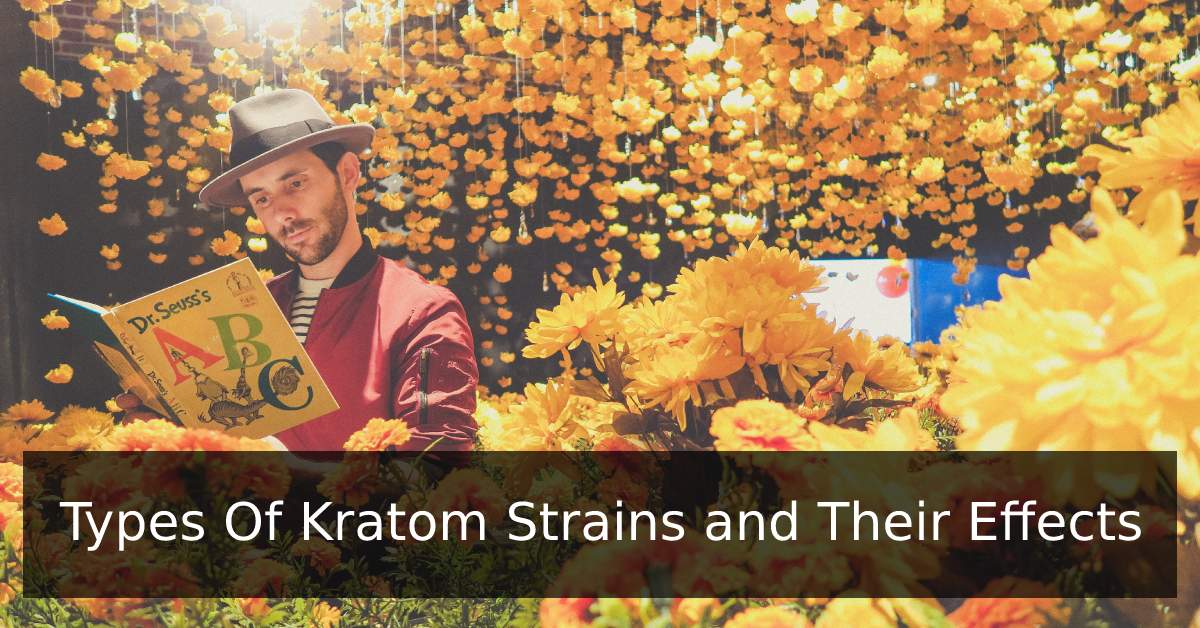 In the 21st century, the exposure people have to information has increased drastically. Consequently, even taboo topics are now openly discussed and the negative perception of substances like Kratom/ mitragyna speciosa and CBD is also breaking. As people understand the various health benefits they can accrue from Kratom, the taboo surrounding the substance is falling apart.

This change in perception has resulted in a rapidly increasing demand for Kratom. The increase in demand has led to vendors springing up all over the U.S.A which has become the Kratom retail hub. Due to this drastic growth in the Kratom industry, there have been several innovations that have increased the choices consumers have when choosing Kratom products.

This article will shed light on the various Kratom strains and their effects. Before discussing Kratom strains, however, one must know what kratom is.

What is Kratom or mitragyna speciosa?

Mitragyna speciosa is a plant that is a part of the rubicae or coffee family. This plant is native to Southeast Asia and countries like Malaysia, Thailand, Indonesia, and Vietnam. While Kratom has recently gained mainstream popularity, it has been in use within these regions for a long time. The history of Kratom can be traced back hundreds of years as it was consumed raw and chewed by physical laborers, mainly in Thailand. They used kratom to relieve pain and for an energy boost given the intensity of their work. Apart from the raw consumption, Kratom leaves have also been brewed and steeped to make tea.

What kind of Kratom strains are out there?

There are three major veins of Kratom each vein determining its use, potency, and effects. These three veins of Kratom include; red, green, and white veins and make up the base for all Kratom strains. Apart from these three veins, there is the yellow vein of Kratom which is rare in the market and is a sub-vein of the red vein Kratom.

Red vein is arguably the most popular vein of Kratom and sells even more than white and green vein Kratom combined. It is made after red Kratom leaves are processed with sunlight or a UV lamp during the drying process. Simultaneously, you can also ferment red Kratom to formulate bentuangie Kratom which is a variant of red Kratom.

Red kratom is the mellowest of the Kratom veins which is why it is the vein most beginners start with. It is typically used for its great sedative effect which allows for the user to be calm and acts as an analgesic. Simultaneously, it is also known to be a great aid for individuals with insomnia as it gives you a sense of serenity.

Given the potency of this vein of Kratom, it is considered to have a stimulant effect. Typically, white vein Kratom is used as a replacement for coffee as its base effects are energy boosts and a sense of alertness. If you have hectic work hours and you need the push to get through them, then this strain is perfect for you. However, it is not advised to consume this strain too late in the day as it can cause a night of restless sleep.

Green vein kratom is one of those Kratom strains which falls right in the middle. It is not as mellow as red vein Kratom and simultaneously, it is not as potent as white vein Kratom. It is harvested after the Kratom plant is given time to mature which leads to the darker color on the leaves. This vein of Kratom is dried indoors first, usually in an air-conditioned room, and is then moved outside to complete the drying process.

As far as the effects of this vein of Kratom are concerned, they lean towards mental clarity and a focus boost. While it can give you an energy boost as well, this strain of Kratom is typically used as a counter for procrastination.

The strains of Kratom and their names are typically determined based on where they are grown or are from. Similarly, their effects also vary from one another as different climates and soil produce distinct Kratom strains. Some of the most popular Kratom strains are as follows;

When it comes to analgesic Kratom strains, no strain of Kratom is as popular and widely used as Red Bali Kratom is. Grown on the island of Bali, in Indonesia, this strain creates the perfect balance between a boost in energy and pain relief. Simultaneously, it can also act as a euphoria-inducing strain which gives it the stamp of versatility.

Green Maeng Da Kratom is inarguably the most popular Kratom strain out there. It is perhaps the most versatile strain as well as the most approachable one as it is not too mellow for experienced users and not too potent for beginners. Native to Thailand, this strain of Kratom has a rich history as it was used by farmers in Thailand to boost their cognitive abilities and their energy levels. As per its uses in history, the effects of this Kratom strain include a boost in energy and focus as well as analgesia and anxiety relief. This is why it is by far the most popular of all the Kratom strains.

Borneo is a hub for several Kratom strains and this strain is a testimony to how good Borneo strains are. White Borneo Kratom is an excellent strain and is known for its longevity. Simultaneously, it is also a great energy booster and mood elevator. Off-shoot effects of this strain include a boost in your ability to concentrate, pain relief as well as a feeling of relaxation.

John MartsonJohn Marston is the man with the plan, he is the admin of SalviaHut.Com
Posted in:
Kratom