View cart “20x Salvia” has been added to your cart.
Checkout View Cart 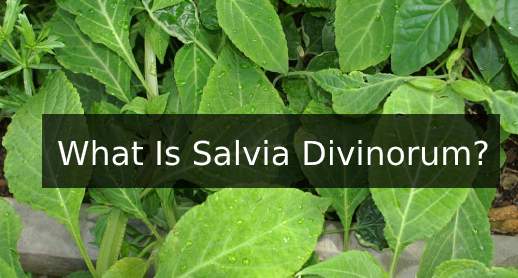 Salvia divinorum  is one of the most widely consumed legal smoking blends in the market. More and more people are turning to herbal blends like Salvia because they are legal and give the body and mind a desirable high. Before you decide to try out some Salvia divinorum, we highly recommend that you continue reading about this ever so popular product. Below is a helpful overview on what Salvia really is, how it is used and what the effects are.

The Origins of Salvia Divinorum

Salvia is generally referred to as “diviner’s sage,” but has many other nicknames. This herbal blend got its name for its original use in divination rituals in Oaxaca, Mexico during ancient times. Shamans of this region used Salvia leaves for religious ceremonies, spiritual healing as well as other medical purposes. The Mazatec shamans used this plant during rituals to determine the root cause of an illness or other problem.

The salvia plant in its natural state.

Salvia is a leafy plant that is extracted into a smoking blend for consumers across the world. Although not every region of the world has made Salvia and other herbal smoking blends legal, most places do not have restrictions. The leading purpose for using Salvia divinorum is experiencing the psychoactive effects that are largely associated with this plant because of a single active ingredient known as Salvinorin A.

Traditionally, salvia plants were extracted for their juices by the indigenous groups who would then make a tea infusion for drinking. Making a tea infused with salvia is currently possible, but most people resort to the two other common methods of ingestion: Smoking and chewing.

* Smoking Salvia: Many people smoke salvia for its effects on the body. The leaves of salvia plants are dried and made into a paste to smoke with a pipe. Salvia is often prepared with various concentration levels for smoking. Each measurement indicates the amount of natural leaves used in the preparation process. How potent a preparation is depends on the natural strength of the pre-processed leaf and how efficiently the extraction process is. The less smoke gets inhaled, the more powerful the effects will be.

* Chewing Salvia: Some people chew Salvia divinorum when it is prepared into a paste. A person chews the leaves of the salvia plant but the active component of salvia, which is salvinorin A, is not active when the substance is taken orally. For stronger and longer-lasting effects, many people keep salvia in their mouths to absorb its active chemical.

When it comes to chewing or smoking salvia, it depends on personal preference. Most people find that chewing the substance results in more consumption of the plant and longer effects.

This is what our salvia extract mixture looks like when you receive it.

The Effects of Salvia Divinorum

Before we get into all the different salvia effects, it is very important for everyone to realize that each experience is unique. Your body will handle Salvia differently from another person. The amount of Salvia ingested, the method of ingestion and the environment all have an impact on the overall experience. The potency of the Salvia smoking blend also has an impact on the results. The duration of the effects can also vary but are generally anywhere from a few minutes to even ten minutes. The effects also vary from mild to extreme, but again, this depends on how much is consumed.

We generally know about the effects of Salvia by getting reports back from users. Everyone shares different experiences that are generally interesting and positive. Below is a brief overview of the range of effects that you may experience. It is not uncommon to only feel a few of these effects.

Although the story of Salvia is not readily available, it has been suggested that the plant was primarily used by the Mazatec shamans for spiritual healing and divination where a shaman would enter the supernatural world to discover the cause of an illness. In small amounts, Salvia divinorum would be prescribed to treat certain illnesses and conditions including diarrhea, headaches, anemia and other uniquely indigenous cases.

The history of Salvia continued without much attention until the 1930s where the plant was brought to attention in Western literature. It wasn’t until the 1960s that a botanist named Gordon Wasson conducted research and introduced the plant and its psychoactive nature to the West. More research was done in the 1990s by Daniel Siebert to confirm its psycho-activity followed by an increase in awareness of Salvia in modern culture.

The amount of use of Salvia is not widely recorded today but with the help of the internet, a market for selling salvia plants and leaves is establishing and growing, especially because the substance is legal in most regions including the United States.

Enlighten yourself, experience the wonderful salvia: