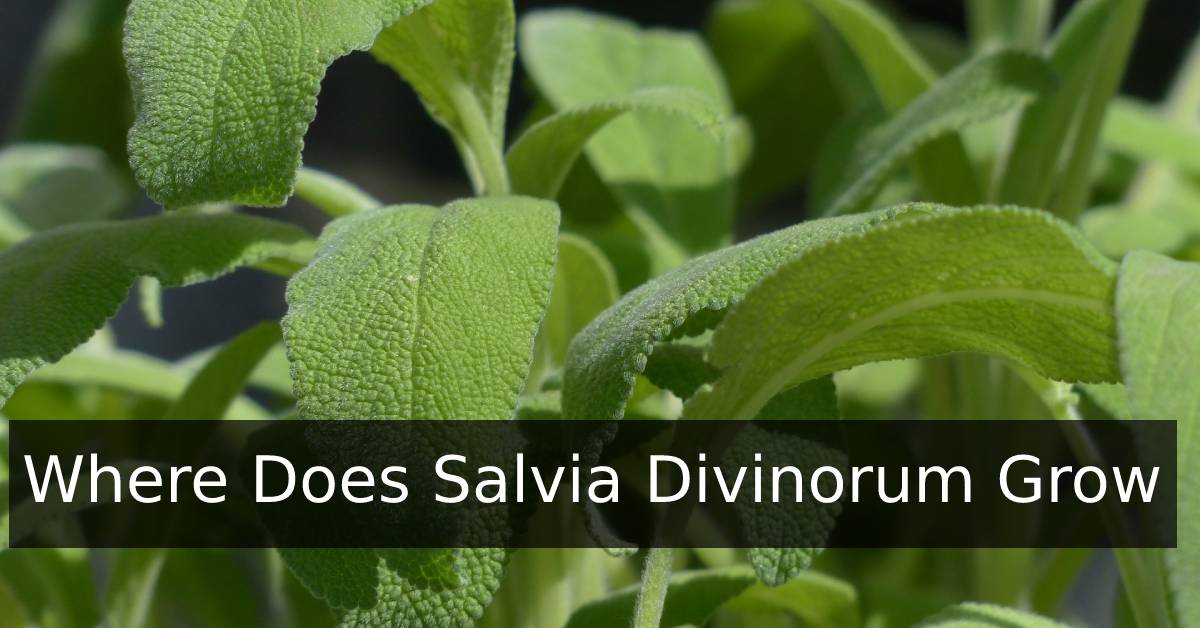 Salvia divinorum (salvia) a shrub native to Oaxaca, Mexico, which has been used spiritually and medicinally by indigenous Mazatec tribespeople for centuries. It is a powerful natural hallucinogen that produces an intense psychedelic high. Today, it is garnering attention in the West for recreational use, and slowly for possible medical use.

Topics we will cover

Salvia Divinorum is a semi-tropical perennial plant, meaning that it will grow year after year, as long as it remains in its optimal growing conditions.

Due to it being a semi-tropical plant, Salvia should not be exposed to temperatures lower than 10 degrees Celsius at any time. The ideal temperature for the plant is between 15 – 27 degrees Celsius. They are happiest in an environment that has a humidity of 50% or more.

On rare occasions the Saliva plant will produce seeds, but these are not normally viable for propagation. In the wild, Saliva propagates and spreads by falling over and sending out additional shoots and rots when it touches the ground, creating more plants – for these reasons, it is best to grow from cuttings. 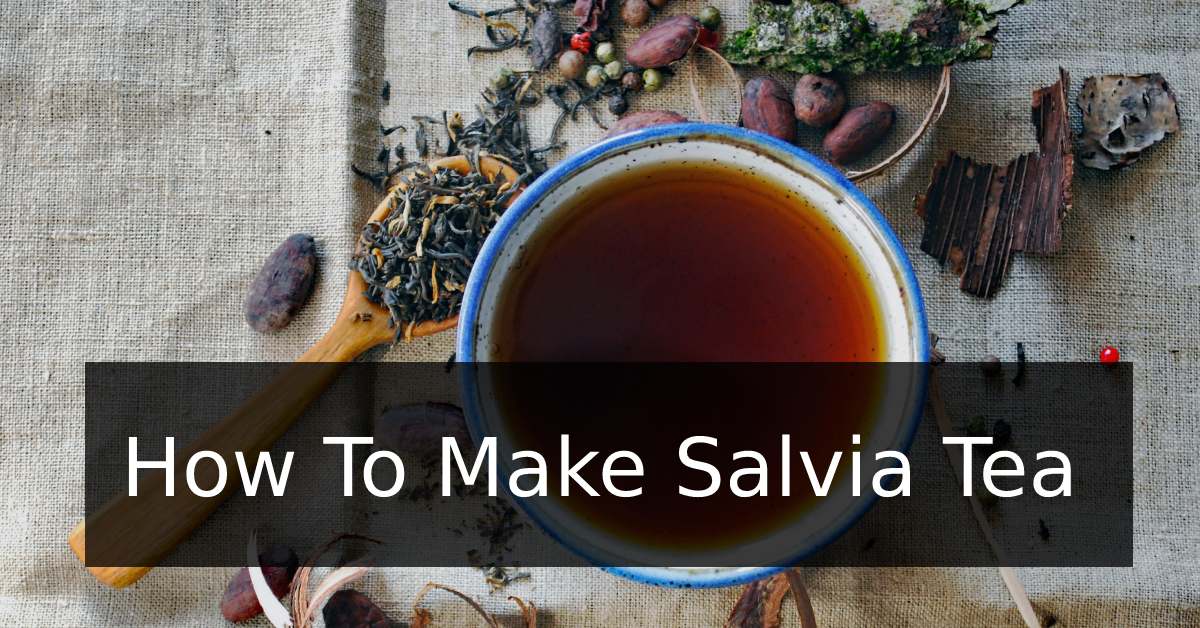 This brings us onto the next point; due to the way Salvia naturally spreads, it grows with quite weak stems, and will likely need support as it gets larger to prevent it falling over or snapping.

Salvia Divinorum was used for centuries in the Southwest including Mexico and parts of the United States. It can cultivate well out of doors in some parts of American depending on the weather. As plant native to Mexico, it can be grown well in some of the nearby states. Salvia-D can also be grown indoors if sufficient care is taken to ensure the environment is correct.

Where is salvia found?

Salvia grows in the cloud forests and tropical forests of the Sierra Mazateca, which is in the north-west of Oaxaca State in Mexico. Salvia is present at elevations of between 300 and 1,830 metres above sea level. It is commonly found growing along the edge of the frequent streams and rivers that run downhill to the Rio Tonto, a major tributary of the Rio Papaloapan.

Salvia flourishes in moist, humid environments with low light conditions, and prefers black soils with high humus content. For many years, the Mazatec tribes concealed the locations that salvia is found in from European botanists and taxonomists due to the plant’s value and sacred status.

Where Does Salvia Divinorum Grow & Is Salvia Legal?

Believe it or not, Salvia divinorum is federally legal in the United States. The plant is not included in the Controlled Substances Act of 1970, making it legally different from cannabis, shrooms, and other psychoactive plants and fungi. But, there’s a catch. While federal law does not regulate salvia, the plant is illegal to possess, process, and sell in most states.

Here’s where salvia is legal in the United States:

The salvia plant is also legal in California, Maine, and Maryland with age restrictions—you have to be 18 in California and Maine and 21 in Maryland. In the rest of the country, the possession, sale, and/or growth of Salvia divinorum is banned. In some states, salvia may be purchased only when it is not intended for human consumption. It may also be legal to grow saliva in several U.S. states not listed above, but checking local laws is always recommended before you plant it.

Salvia divinorum is native to Mexico. As mentioned above, the plant is still used in the Mazatec tradition as a spiritual aid and it grows wild in the Sierra Mazateca Mountain range in the state of Oaxaca. The plant has a long history in Southern Mexico and is not banned or regulated by the Mexican government. When used for traditional purposes, most Salvia divinorum is foraged in the wild, not bought and sold. Although, it may be possible to buy salvia leaves from markets and other vendors.

You can grow Salvia Divinorum outdoors all year round if you live in a humid semi-tropical climate, with well-watered, but well-drained soil, with high humus content. If you live in a colder or drier climate, you can still grow Salvia Divinorum outdoors, weather permitting. But you may have to do it with some care, making sure the Salvia plants are protected from frost, watered frequently, and misted when humidity is low. Salvia will not live through freezing or drought. Salvia Divinorum can be grown outdoors in pots which can be brought indoors when it is cold (below 40 degrees Fahrenheit). That way Salvia Divinorum can be grown outdoors in summer and indoors in winter.

How To Propagate & Grow Salvia Divinorum

Salvia divinorum plants grow best in light shade with no more than 3 or 4 hours of direct morning or afternoon sunlight. Avoid direct sunlight during midday. They won’t tolerate a lot of strong direct sunlight. On the other hand, they do not do well in deep shade either. Light shade and filtered sunlight is best.

The plants appreciate a lot of room for their roots, so they should be re-potted to larger pots every few months if they are growing quickly. You may want to plant them in the ground if you have a suitable location. They can grow very fast in the ground, as much as two meters in 6 months.

The stems of Salvia divinorum are not very strong. When the plants get taller than about one meter they tend to fall over if not given support. Sometimes the stems will break off, but usually they just bend over. When a bent-over stem makes contact with moist soil it will put out new roots at that point and eventually send up new stems from the new location. This is the main way that the plant spreads in the wild since it almost never produces viable seed.

Salvia divinorum plants respond well to regular feeding. Generally speaking, you should begin fertilizing newly acquired plants about two weeks after you receive them. Just about any general-purpose fertilizer will work fine, but be careful not to overfeed them.

Salvia divinorum is a relatively easy plant to propagate from cuttings. Small cuttings will usually root within 2 or 3 weeks. Cuttings seem to root best when they are between 2 and 8 inches long. They should be cut off of the mother plant using sharp, clean shears. The cut should be made just below a node.

To root the cuttings in water: Put each cutting into a glass of water. Each glass should be filled about 4 -5 cm (1 1/2 – 2″) deep. It is a good idea to use a separate glass for each cutting so that if one starts to rot it doesn’t spoil the water and kill the others. Leave the glasses indoors in diffuse light and add a little water as necessary to maintain the water level. In about 2 weeks you should see some roots starting to form. Some cuttings may root more quickly than others. I find that they root just fine in plain water and no rooting hormones are necessary.

When the cuttings have several roots 1 – 2 cm (1/4 – 3/4″)long, they should be planted in pots of loose potting soil and watered well so that the soil is completely moist. Keep them indoors for another 2 or 3 weeks so that they can establish a good root system in the pots with out having to deal with the wind and big temperature swings of the outdoors. You will need to keep the plants in a moist environment for a few days after moving them from the water to the pots to keep them from wilting. The easiest thing to do is to just cover the whole plant with a large upside down jar or use a big plastic bag with a wire cage support to keep it from collapsing on the plant. Spraying them with a fine mist occasionally is also a good idea. Don’t wait too long to move the cuttings from the water to soil. If you do the roots will be more prone to damage and the cuttings will begin to starve for nutrients.

Salvia divinorum seeds are extremely rare. The plants almost never produce viable seeds. Seeds should be stored in a sealed dry container. Their viability can be extended considerably if they are refrigerated.

The seeds should be planted 2-3 mm (0.08-0.1 inch) deep in a good quality potting mix. So as not to dislodge the seeds, which are tiny and close to the surface, the soil should either be watered from the bottom, or watered using a fine mister. The soil surface should be kept moist, but not soggy. If the seeds are viable, most will germinate in 2 to 4 weeks. Salvia divinorum seedlings are rather delicate and slow-growing at first. They must be nursed along patiently. Eventually, as the plants grow larger, they will become stronger and more resilient.

Since Salvia divinorum is usually propagated from cuttings, most plants in cultivation are genetically identical clones derived from just a few introductions–primarily the ‘Bunnell’ (a.k.a. ‘Wasson/Hoffman’) strain. When you start new plants from seed you are establishing new, genetically unique individuals and thus doing important work to help expand the genetic diversity of this rare species. Should you obtain plants from seed, please maintain them very carefully.